HYROX, the World Series of Fitness Racing, has welcomed a new athlete to the top of the female Elite 15 rankings, with a new world record set in Hamburg this weekend. Mikaela Norman (SE) ran 01:00:45 to beat the previous time set by Megan Jacoby (USA) in Chicago earlier this season by over a minute and her closest competitor in the arena by over 3 minutes.

The female division of the HYROX PRO category has seen a progressive series of times elevate the standard of the competition this year. German athlete Linda Meier twice broke the record earlier in the season before Megan Jacoby set what appeared to
be a formidable time in Chicago. Athlete turnout remained high for the second week in a row with over 5,000 athletes competing across the locations following the previous weekend's record turnout of 8,000 athletes across 3 locations. 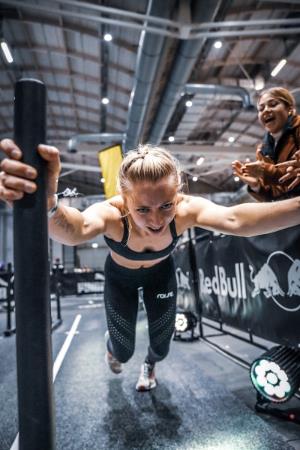 Mirjam Von Rohr (CH) also put in an impressive showing in Hamburg to run her best race of the year with a 01:03:06 personal best, securing second place and her own Elite 15 qualification. Whilst Ida Mathilde Steensgard closed out the podium positions and a third elite 15 qualifications for the race with her 01:05:12 earning her 7th spot.

In the Male division, last year’s World Championship podium finisher (3rd) Alexander Roncevic (AUT) won, finishing in 58:48; eleven of the Elite 15 males have now registered times of under an hour

this season. Second-place Korner Hölger (GER) also secured an Elite 15 slot with his 01:00:21 earning him the 14th position and, at current standings, the opportunity to compete in the elite race at the European Championship.

Tim Wensich (GER) also starred as he continues to collect world records, having broken the male doubles world record earlier in the year with UK athlete Michael Sandbach, he added the mixed doubles with Beatrice Ardelt in a time of 54:23.
Wensich has already qualified for the individual Elite 15 in London with his 59:02 placing him a safe 5th in the standings. 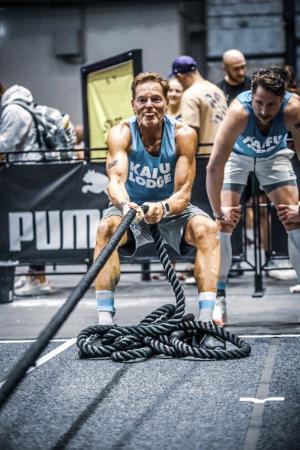 In Madrid Terra Jackson (USA) won her race with a time of 01:04:18 which secured the 5th spot in the Elite 15 ranking, a staple of the HYROX scene for the past two seasons Jackson solidified her credentials for the elite races this year with this composed showing with only a week recovery from a previous competition.

As the quality of competition has rapidly increased this year, the competitive story between the male and female divisions paints two different pictures. In the Female division, the gap between 1st and 15th in the Elite category is over 6 minutes, and the WR has changed hands regularly, with some stand out athletes opening a wide gap in the field.

Whilst in the Males, the gap is a more modest 2 minutes, no athlete in the male division has looked close to threatening the reigning world champion and world record holder Hunter McIntyre’s blistering 55:09 time run last season in Dallas, USA. Mcintyre has yet to race along with other star athletes, including Ryan Kent, who placed 2nd place in the World Championships in Las Vegas in May 2022.

With several races still to go before the first Elite races of the season: The European Championships in Maastricht on January 22nd 2023, and the North American Championships in Chicago on February 11th, these standings are highly likely to change.

For more information, visit www.hyrox.com  to sign up for a race or P 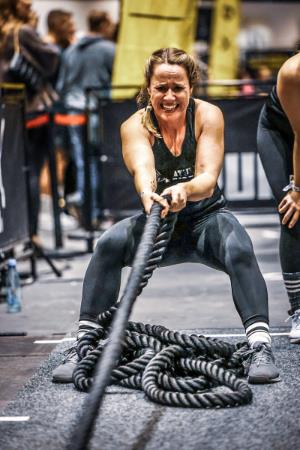